About- CSIR-Central Drug Research Institute, Lucknow, a premier Institute under Council of Scientific and Industrial Research (CSIR), is involved in multidisciplinary R&D programs of both basic and applied nature. CSIR-CDRI is a pioneer biomedical research organization in India and has the infrastructure and expertise to develop a drug from conceptualization to commercialization. In the year 2012, CSIR-CDRI shifted to its state of the art new campus, which has been set up with a vision to serve as a Nodal Center of CSIR in new drug discovery and development. Spread across ~61 acres, it houses an R&D Complex, Support Services, Guest House, Hostel and Staff Quarters. 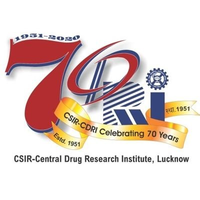