About- Indian Institute of Technology Delhi is one of the 23 IITs created to be Centres of Excellence for training, research, and development in science, engineering, and technology in India. Established as College of Engineering in 1961, the Institute was later declared as an Institution of National Importance under the “Institutes of Technology (Amendment) Act, 1963” and was renamed as “Indian Institute of Technology Delhi”. It was then accorded the status of a Deemed University with powers to decide its own academic policy, to conduct its own examinations, and to award its own degrees. 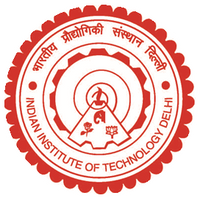