Advertisement for the recruitment of one Junior Research Fellow (JRF) in the SERB funded project:

Applications are invited from Indian nationals to work as a Junior Research Fellow (JRF) in a research project funded by Science and Engineering Research Board (SERB), Department of Science and Technology (DST), Government of India.

Title of the Research Project: Thermal melting of the emergent patterns in spin-orbit coupled spinor condensates.

Brief description of the project: The key objective of the project is to theoretically investigate the thermal melting of the density patterns in quasi-one- and two-dimensional spin-orbit-coupled pseudospin1/2 and spin-1 Bose-Einstein condensates. The project will require the development of numerical toools based on Stochastic methods to study the thermal melting in spinor condensates and explore the various measures to quantify the melting. 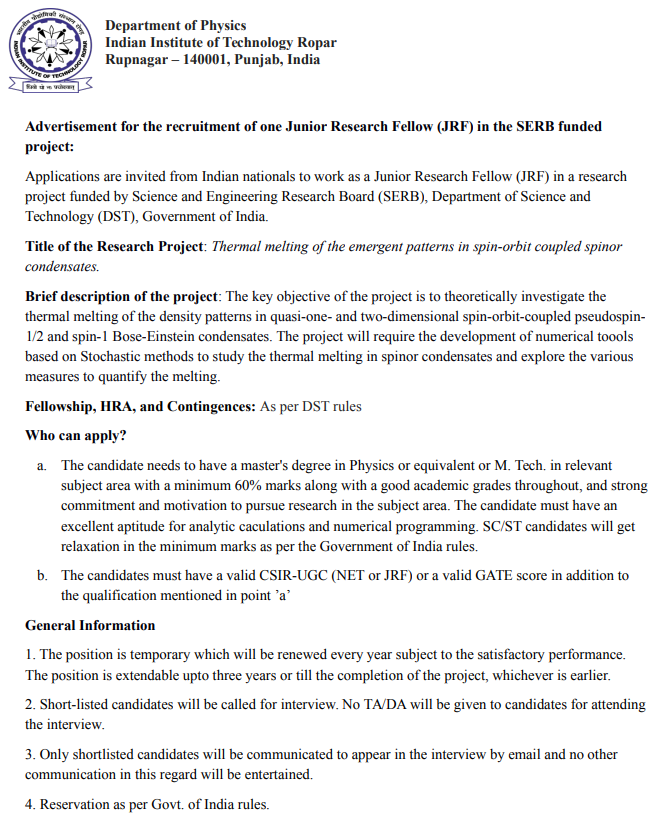 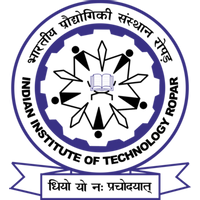