The CSIR – Central Building Research Institute, Roorkee, a constituent establishment of the Council of Scientific and Industrial Research wishes to recruit dynamic young Indian Nationals as temporary manpower to work in Plan-CSIR Funded/External Funded Projects as per details given below. Panel of suitable candidates will also be made, which will be operative for a maximum period of one year from the date of interview or another interview to be conducted by the Institute for recruitment of similar positions in future, whichever is earlier. 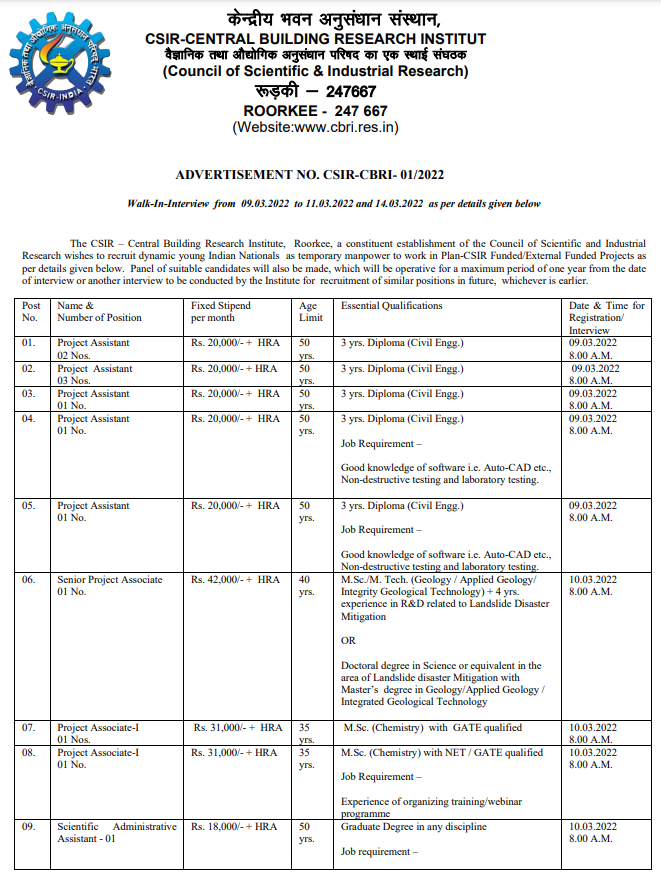 General Conditions : The position of the aforesaid Project Staff is for a specific duration for the GAP CSIR Network, CSIR Network Projects/External Funded Projects. Subsequently, if work and conduct of these Project Staff are found upto the mark, their tenure may be extended for further period or till the duration of the Project whichever is earlier and will be co-terminus with the expiry of the Project and will not exceed Five Years in any circumstances and will not confer any right, explicitly or implicitly, for regular absorption in the Institute/CSIR or in the sponsoring organizations. The award of aforesaid positions under the Project does not imply any assurance or guarantee for subsequent employment by CSIR, CBRI or sponsoring organization. No TA will be paid for appearing in the interview. Director, CSIR-CBRI reserves the right not to fill-up these positions or any one amongst them, if he so decides. The requirement of the positions are variable. A candidate who claims to belong to OBC has to submit in support of his/her claim in an attested copy of a Certificate for Current Year in the prescribed form issued for the jobs under Central Govt. to the effect that He / She does not belong to the Persons/ Sections (Creamy Layer). Candidates are free to take their interview either in Hindi or in English as a medium of conversation. Candidates reaching the venue after Scheduled time for Registration will not be allowed to get registered (8.00 A.M. to 10.00 A.M.) and to appear before the Selection Committee for interview under any circumstance. Parents, siblings and friends of the candidates will not be allowed to enter the premises of the Institute during the time of registration and interview. 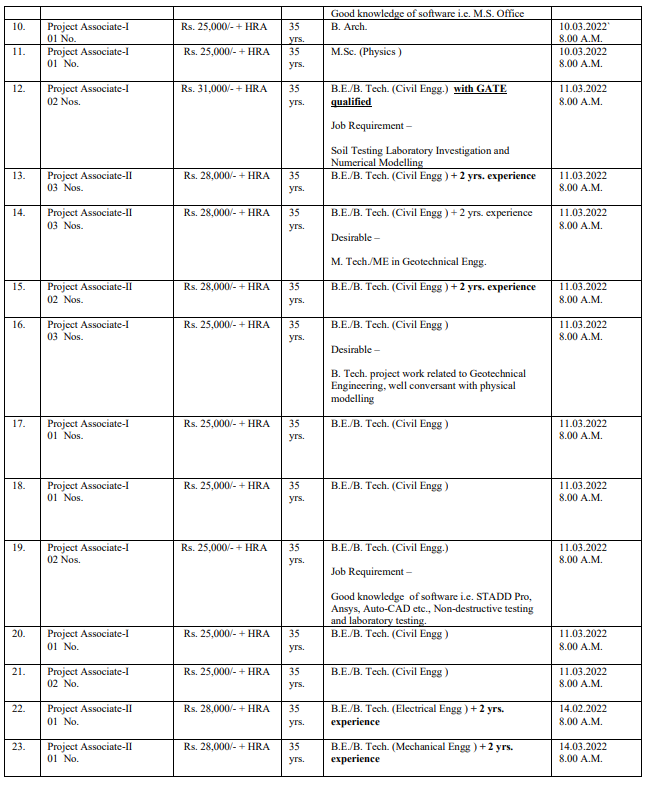 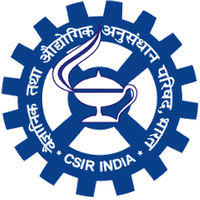