JRF position in the Department of Chemical Engineering

Advertisement for JRF position in the Department of Chemical Engineering

Applications are invited for a Junior Research Fellow (JRF) position in the Department of Chemical Engineering at BITS Pilani- K.K. Birla Goa Campus for an ONGC Energy Centre Sponsored Collaborative Project as per the details given below: 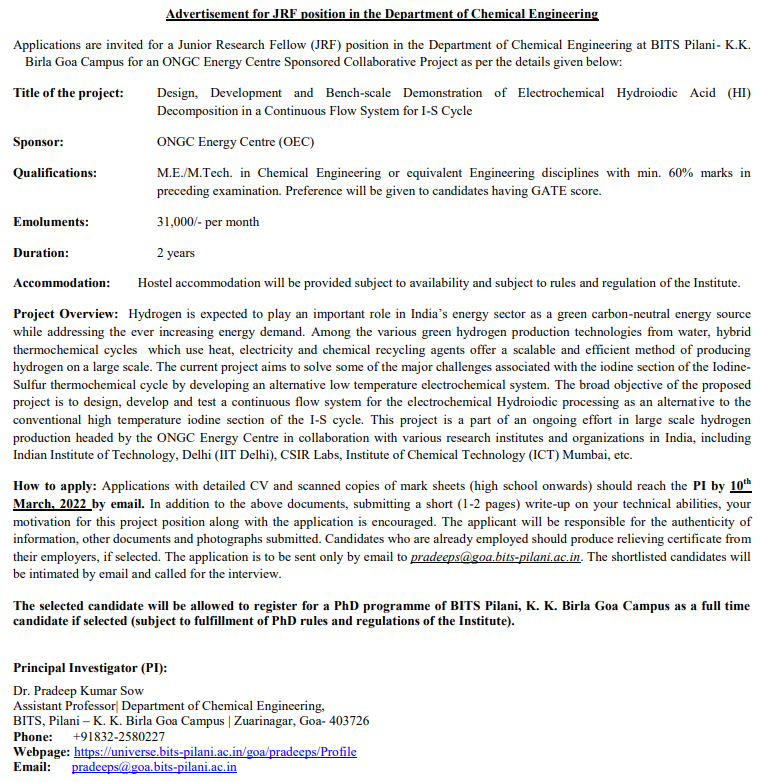 Project Overview: Hydrogen is expected to play an important role in India’s energy sector as a green carbon-neutral energy source while addressing the ever increasing energy demand. Among the various green hydrogen production technologies from water, hybrid thermochemical cycles which use heat, electricity and chemical recycling agents offer a scalable and efficient method of producing hydrogen on a large scale. The current project aims to solve some of the major challenges associated with the iodine section of the IodineSulfur thermochemical cycle by developing an alternative low temperature electrochemical system. The broad objective of the proposed project is to design, develop and test a continuous flow system for the electrochemical Hydroiodic processing as an alternative to the conventional high temperature iodine section of the I-S cycle. This project is a part of an ongoing effort in large scale hydrogen production headed by the ONGC Energy Centre in collaboration with various research institutes and organizations in India, including Indian Institute of Technology, Delhi (IIT Delhi), CSIR Labs, Institute of Chemical Technology (ICT) Mumbai, etc 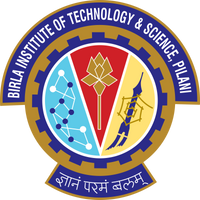