Advertisement for the selection of Junior Research Fellowship (JRF)

DRDO Young Scientist Laboratory- Cognitive technology is constituted of young scientists to do extensive research and development in the cognitive radio, cognitive radar and cognitive surveillance fields. The lab has association of eminent institutes like, IIT, Central & State Universities and other leading academic institutions. Lab invites applications from candidates having strong desire to pursue research in the area of innovative technology and possessing qualifications as under, for the position of Junior Research Fellowship (JRF). Initially, the fellowships shall be for a period of two years (which can be extendable for further two years as per rules in force). The Competent Authority shall operate a panel of selected candidates for filling up the positions from both existing and likely to arise in the future as well, in the order of merit/discipline for a period of one year from the date of declaration of panel list. 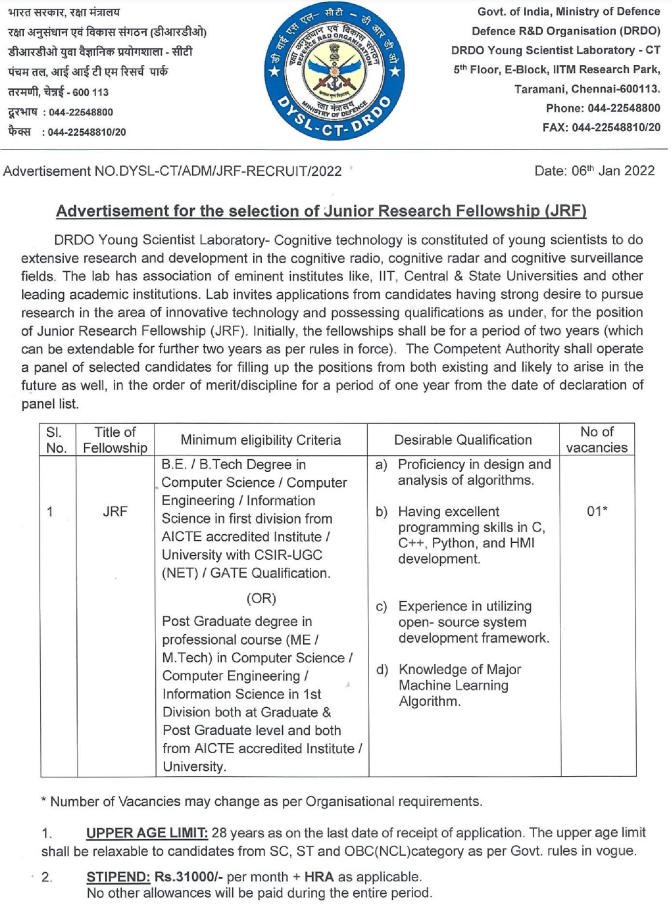 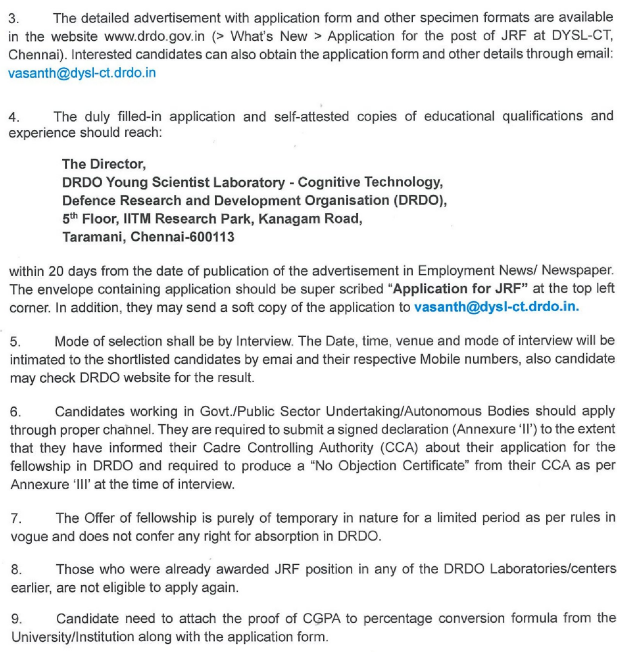